Rio Tinto has reached a binding agreement for the sale of its wholly-owned Australian subsidiary Coal & Allied Industries Limited to Yancoal Australia Limited for up to $2.45 billion comprising: 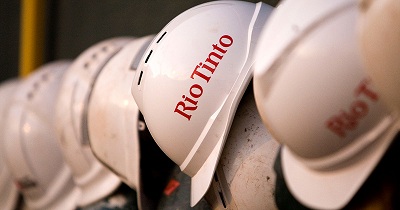 Prior to 24 February 2017, Yancoal Australia is entitled to elect an alternative purchase price structure of a single cash payment at completion of $2.35 billion.

After the sale is completed, Rio Tinto will also be entitled to potential royalties.Rio Tinto chief executive J-S Jacques said “This sale delivers outstanding value for our shareholders and is consistent with our strategy of reshaping our portfolio to ensure the most effective use of capital.

Our world-class assets, strong balance sheet and relentless focus on cash will ensure that we deliver superior returns for our shareholders.

We are confident that Coal & Allied will continue to contribute to the New South Wales economy and the communities of the Hunter Valley under a new owner.”

In addition to the sale consideration and potential royalties linked to the coal price, Rio Tinto will continue to benefit from earnings and cashflow generated by Coal & Allied until completion of the transaction. The Coal & Allied operations will also continue to use Rio Tinto Marine freight services following completion of the transaction.
The transaction is subject to certain conditions precedent being satisfied, including approvals from the Australian Government, Chinese regulatory agencies and the NSW Government.

As a result of the shareholding levels of various Chinese state-owned entities in each of Yankuang, Yanzhou and Chinalco (Aluminium Corporation of China), and Chinalco being a 10.1 per cent shareholder in the Rio Tinto Group, Yancoal Australia is considered to be a related party of Rio Tinto for the purposes of the UK Listing Rules and the ASX Listing Rules. Accordingly, approval is also required from a majority of independent Rio Tinto shareholders (that is, not including Chinalco and any other entities considered to be associates of Chinalco under the UK Listing Rules).

Subject to all approvals and other conditions precedent being satisfied, it is expected that the transaction will complete in the second half of 2017.

The sale of Coal & Allied represents the culmination of an extensive assessment of all strategic options for these assets. Rio Tinto has conducted a comprehensive market testing and price discovery process and has held extensive discussions with several potential acquirers of the asset but Yancoal Australia provided the only offer that represented compelling value for the assets.

Rio Tinto has now announced or completed at least $7.7 billion of divestments since 2013. These transactions include the sale of Rio Tinto’s interests in the Clermont coal mine, the Bengalla coal mine and the Mount Pleasant coal project. In addition, the restructuring of ownership of the Coal & Allied assets was completed with our joint venture partner Mitsubishi Development Pty Ltd in 2016.

This financial information has been prepared under International Accounting Standards and Rio Tinto Group accounting policies,
and reflects the financial results attributable to the net assets subject of the sale to Yancoal Australia. The financial information given above reflects the results of a restructure to the Coal & Allied group completed on 3 February 2016 in which Rio Tinto obtained 100 per cent ownership of Coal & Allied and a 67.6 per cent interest in the Hunter Valley Operations joint venture. Earnings before tax and gross assets attributable to Coal & Allied’s former ownership of the Mount Pleasant project and a 40 per cent interest in the Bengalla joint venture have been excluded.

Yancoal Australia
Yancoal Australia is listed on the Australian Securities Exchange. It is owned 78 per cent by Yanzhou Coal Mining Company Limited, which is listed on the Hong Kong, Shanghai and New York Stock Exchanges. Yanzhou is in turn owned 56 per cent by Yankuang Group Company Limited, which is controlled by State-owned Assets Supervision and Administration Commission of Shandong Province in the People’s Republic of China. Yancoal Australia operates a portfolio of seven mines, projects under feasibility study, a suite of exploration assets and infrastructure shareholdings across New South Wales, Queensland and Western Australia.

Sandvik completes the acquisition of Newtrax

IAMGOLD Reports Further Results from Its 2019 Drilling Program on the Lac Gamble Zone of the Rouyn Gold Project, Quebec