ENERGA Finance AB – the Baa1/BBB rated finance subsidiary of ENERGA S.A., the Polish state-owned utility – started a roadshow yesterday to convince investors that the bond issuance with which it is planning to raise a minimum of EUR 250 million has nothing to do with a 1000 MW coal-fired power plant in Poland that the parent company is developing with another coal-heavy state-owned utility, ENEA S.A. Two banks – JPMorgan Chase and BNP Paribas – are arranging the deal, putting their credibility up for sale. 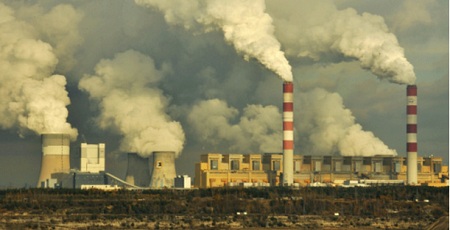 Rainforest Action Network, Foundation “Development YES – Open-Pit Mines NO”, and other civil society organizations consider deals like this a climate test for how seriously international financial institutions take their own policies as well as the Paris climate agreement. Less than one year ago, JPMorgan Chase committed that the bank “will not provide project financing or other forms of asset-specific financing where the proceeds will be used to develop a new coal-fired power plant located in a high income OECD country”^1 — including Poland.^2 Yet JPMorgan Chase has now signed up to underwrite bonds for a wholly owned subsidiary of Energy SA, whose electricity generation mix is 68% coal, and is searching for ways to finance its recently revitalized plans for the Ostrołęka C 1000 MW coal power plant, which will cost EUR 1.5 billion.

ENERGA aims to raise capital by launching eurobonds through its wholly-owned, Sweden-registered subsidiary whose sole purpose is to secure corporate finance for the mother company with no strings attached. The purpose of the bonds is that the money raised will be for the utility’s “general corporate purposes” — and it shouldn’t be difficult for JPMorgan Chase to see what that means when this one planned coal plant would double ENERGA S.A.’s coal generation capacity.

Poland is the last country in the European Union where new coal-fired power plants are still planned. It is also the country with an energy system most heavily controlled by the state. As one of the four state-controlled coal heavy energy utilities, ENERGA
S.A. is also in talks with the European Investment Bank about financing a hybrid bond launch worth EUR 250 million that would also enable ENERGA to proceed with the Ostrołęka C project.^4 ENERGA S.A. first launched eurobonds in March 2013, when BNP Paribas, Bank of America Merrill Lynch, and HSBC arranged for the company to obtain EUR 500 million.

Back in 2012, ENERGA had shelved its power plant construction plans, but in November 2015 the plans for the Ostrołęka coal plant were restarted. According to the energy consulting company Ecofys, any new coal-fired power plant is inconsistent with a 2°C scenario,^6 and yet there are currently more than 2,000 coal fired power plants under preparation to be built in the world. If all were to be built, according to Climate Action Tracker, coal power emissions in 2030 would be 400% higher than what is consistent with limiting warming to under 2°C.^7

“By supporting ENERGA’s bond issue while it is building a coal plant that would more than double its coal generation capacity, and by helping to keep afloat the country’s collapsing mining sector, JPMorgan and BNP Paribas clearly show that profit comes first and that their climate commitments only go skin deep. Polish communities aspire to a healthier and cleaner future and ENERGA Finance will fund the opposite. Investors buying ENERGA Finance bonds have to know that they will take part of the responsibility for stalling the diversification of the Polish energy system away from coal and keeping Polish citizens away from clean air to breathe. We call on all investors to stay away from ENERGA Finance eurobond launch, and on JPMorgan and BNP Paribas to cut their ties with ENERGA until it drops its coal plans.”

“The ENERGA bond issue is a test of JPMorgan Chase’s seriousness on climate change. As we approach the one-year anniversary of its new coal policy, the bank is looking to exploit a loophole to finance a new coal-fired power plant in an OECD country that is already locked into coal dependence. Now it has to choose: does it care more about coal or the climate?”

Sedgman wins contract for QCoal’s $1.76bn Byerwen mine in Australia

Morien Announces Commencement Of Production From The Donkin Coal Mine