The international meeting “Mining and Minerals Hall” (MMH) will involve more than seventy speakers in its next edition, which will take place at Seville Conference and Exhibition Centre (FIBES), from 15th to 17th October 2019. So the event, in its third edition as a world reference of the mining sector, will beat its own record with more than seventy experts who will meet to approach the last trends and improvements. They will also share their experience in the industry, which has recovered its role as one of the most important engines of the Andalusian economy.

The importance of MMH at regional, national and international levels has been acknowledged after H.M. the King Don Felipe VI accepted the Presidency of the Honorary Committee for the third successive time since the event started back in 2015. The Honorary Committee will also be distinguished by the president of the Spanish Government, Pedro Sánchez, and the president of Junta de Andalucía, Juan Manuel Moreno, among other relevant figures.

Mining and Minerals Hall will keep the same format of the previous two editions that made it become a referential meeting point of the mining sector in the world, with the participation of the main mining industries and a broad representation of ancillary service companies. The exhibition area, which has been expanded after the 2017 edition to host more than one hundred companies, will help foster the creation of synergies and networking. 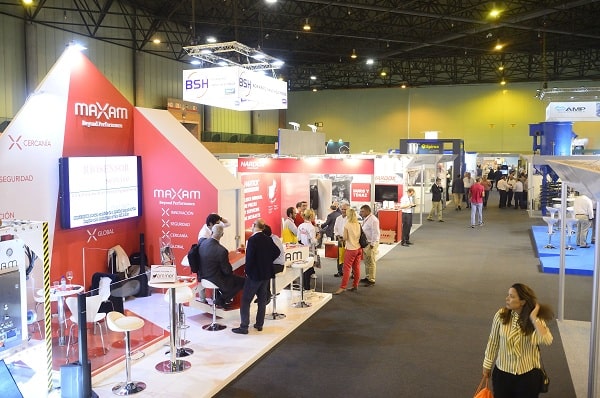 As Javier Targhetta, CEO of the metallurgy company Atlantic Copper and Commissioner of this new edition of MMH, said “this evolution of the Hall can only be explained by the recovery of a sector which, in the last few years, has striven to find new ways and procedures to develop its activity efficiently and sustainably. This is shown by the increase in the number of professionals from the different fields of mining who will participate in the scientific conference and will also enrich the knowledge of the conference attendants with their work, their experience and their innovative spirit.”

A new programme designed for the entire mining sector

The first, visible change that stands out in this third edition of the mining Hall is the name of the event: Metallic Mining Hall of the previous years has turned into Mining and Minerals Hall, with the purpose of becoming an inclusive meeting for the entire mining sector which allows for embracing other fields, such as industrial mining, with a key role in Andalusia as well as in the rest of Spain and Europe.

On account of this shift in the design of the Hall, the new edition’s planned programme, of a strongly multidisciplinary nature, puts together a wide range of themes and viewpoints on different aspects of the sector. In this regard, sustainability and achieving a more sustainable, environmentally-friendly mining industry will have a leading presence in the conference, with round tables such as “Competitiveness, sustainability and security of energy supply for mining and industry”, with the presence of José Luis del Valle Doblado in his double position as president of MMH Scientific Committee and chair of LAR ESPAÑA and WiZink; “Circular economy opportunities for the mining industry”, conducted by Vicente Gutiérrez Peinador, general manager of CONFEDEM, and “Social license to operate: mining industry management and its connection with society”, with Luis Montoto Rojo, communications director of Junta de Andalucía’s Taxation, Industry and Energy Department, as moderator.

The programme also includes outstanding presentations by José F. Sánchez-Junco, CEO of MAXAM, entitled “Innovation and energetic materials in mining operation”; “Extractive industry strategy for biodiversity: a key actor”, presented by César Luaces Frades, technical general secretary of COMINROC, and “Circular economy in the European Union”, in which Glenn Orveillon, expert in circular economy and industrial leadership of the European Commission, will share his experience in the European institution.

This new edition of MMH will also feature a space to analyse the present situation of the sector, with round tables such as “Present situation, threats and opportunities of metallic mining”, moderated by Javier Targhetta; “Mining policies and investments”, with Antonio García Muñoz, managing partner of Lener’s Mining Sector area, as the space conductor; and “Biodiversity management in the extractive industry”, moderated by Pilar Gegúndez Cámara, from Lafarge Holcim España. The following talks will also be given: “Raw materials and geopolitics”, by Isaac Querub, cofounder and partner of Moka Consulting, and “Premises for the new Mining Strategy in Andalusia, starting point”, by Natalia González Herrera, Junta de Andalucía’s General Secretary of Industry, Energy and Mines. 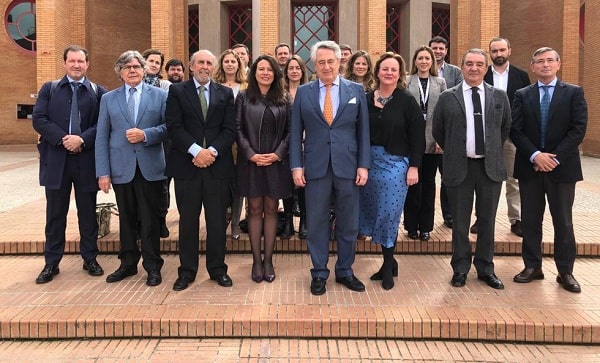 Finally, there will also be a space to study and analyse the future prospects of the mining sector, with round tables such as “Challenges and opportunities in the rock and industrial mineral sector”, with Aniceto Zaragoza Ramírez, general manager of OFICEMEN, as moderator, and “Innovation and development in the mining industry. Mining as a forward-looking project”, moderated by José Manuel Sánchez Blanes, chair of EPIROC. This line of action will be completed with the talk “Research and innovation on raw materials in Horizon Europe, UE’s 9th Framework Programme 2021-2017”, given by Lydia González, Spanish representative in the 2020 Horizon Programme’s Committee, CDTI; and the Workshop, to be held on Tuesday, entitled “R&D&I projects, ‘Know How’ generation and talent retention in the mining industry”, conducted by Manuel Vázquez Mora, technical advisor at Junta de Andalucía’s General Secretary of Industry, Energy and Mines.

The ambitious programme designed for this third edition will be completed with the Workshops “Rolling towards circular economy: the use of lime in the phases of a project”, with Aladro Vico, general manager of ANCADE, as moderator; “R&D&I in mining projects. A leap into the future”, moderated by Javier Carrillo del Albornoz, sales manager of MAXAM in Spain, and Joaquín Pérez Novo, industrial markets director of SUEZ Barcelona; “Panoramic view of the industrial mineral sector”, moderated by Emma Mª López Salamanqués, general director of AINDEX; “Sustainability in the extractive industry”, with Francisco Javier Fernández Cortés, general director of Centro Tecnológico del Mármol, Piedra y Materiales (Technological Centre of Marble, Stone and Materials), as moderator; “Perspectives of the Spanish infrastructures. Challenges and opportunities”, moderated by César Luaces Frades, general director of Federación de Áridos; “Circular economy in the cement sector”, with Manuel Parejo Guzmán, managing director of FLACEMA; and “Sustainable mining-minerallurgic-metallurgic management”, with Vicente Gutiérrez Peinador, president of CTN 22 Mining and Explosives Committee, as moderator.