Newmont Mining Corporation has been recognized for leading sustainability performance and as the most improved company in the mining sector – in the 2017 Sustainability Yearbook. 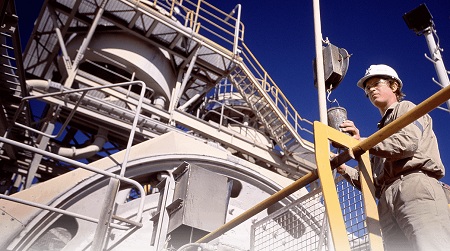 The Yearbook is published by RobecoSAM, a sustainability investment firm that manages one of the most comprehensive databases of financially material sustainability information in the world. This database is also used to develop the Dow Jones Sustainability World Index (DJSI World), which ranked Newmont as the mining industry leader in both 2016 and 2015.

“Exceptional performance is the product of our people’s commitment to sustainable development, and the foundation of our ability to create long-term value.” said Gary Goldberg, President and Chief Executive Officer. “Being recognized as the industry leader in sustainability, as well as the most improved, is a great honor, and also serves as an impetus to continue improving our practices – from generating good jobs and facilitating local economic development, to safeguarding the environment and delivering strong returns to shareholders.”

More information on Newmont’s safety, economic, environmental and social performance can be found in the company’s annual sustainability report, Beyond the Mine. The report is published as part of Newmont’s ongoing obligations as a founding member of the International Council on Mining and Metals and in accordance with the company’s commitments under the United Nations’ Global Compact and the Voluntary Principles on Security and Human Rights.

Newmont is a leading gold and copper producer. The Company’s operations are primarily in the United States, Australia, Ghana, Peru and Suriname. Newmont is the only gold producer listed in the S&P 500 Index and was named the mining industry leader by the Dow Jones Sustainability World Index in 2015 and 2016. The Company is an industry leader in value creation, supported by its leading technical, environmental, social and safety performance. Newmont was founded in 1921 and has been publicly traded since 1925.

US mines produced an estimated $74.6 billion in minerals last year

US mines produced an estimated $74.6 billion in minerals last year